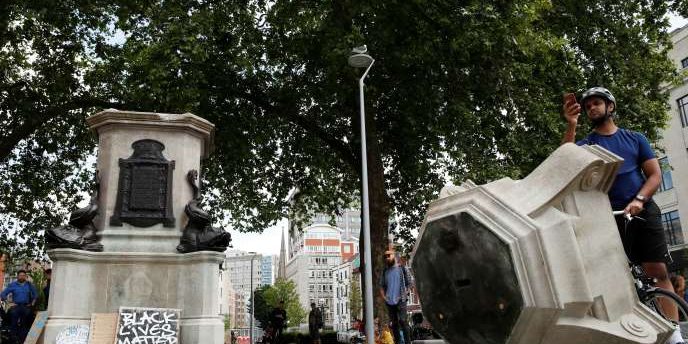 Banksy against the statues of discord

As the world raises the question of controversial statues, the famous street artist offers an original solution: adorn them with other statues of demonstrators in the process of debunking them.

On June 7, 2020, the statue of Edward Colston was unbolted in Bristol. This rich slave trader and former parliamentarian have been enthroned in the main square of the city since the 19th century.

This event is in the wake of anti-racist protests in response to the death of George Floyd on May 20 in Minneapolis. Across the world, statues are vandalized, even unbolted. The monuments of figures of the slave trade are targeted as so many inadmissible symbols and obstacles to living together. But the debates are raging.

Nicknamed “the benefactor of Bristol”, Edward Colston has brought a lot to the city of Bristol. The improvement of schools and asylums in the city, funded by him, donations to multiple charities, the funding of a school, Colton’s Free School … His good reputation and generosity in Bristol will open the doors to him. The House 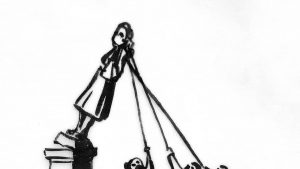 of Commons and he will continue to work for his city. But it’s wealth is based on human trafficking.

In Bristol, debates continue to rage. Many citizens believe that Edward Colston deserves his place on his pedestal. For many, the crimes he committed cannot justify the cancellation of all his good works. But for many others, this is not the case.

To ease tensions, Banksy, the famous street artist with an identity still unknown, imagined a possible solution to the problem. To satisfy everyone, he published a commemorative project on June 11th on his Instagram account. Put the statue back on its base and then surround it with life-size statues of the demonstrators tearing it down. A way not to forget this day when this tribute monument was controversial.

“Here’s an idea for both those who regret the Colston statue and those who do not. We drag it out of the water, put it back on its base, tie the cable around its neck, and order life-size bronze statues of demonstrators pulling it. Everybody is happy. A famous day commemorated. -Banksy, on Instagram