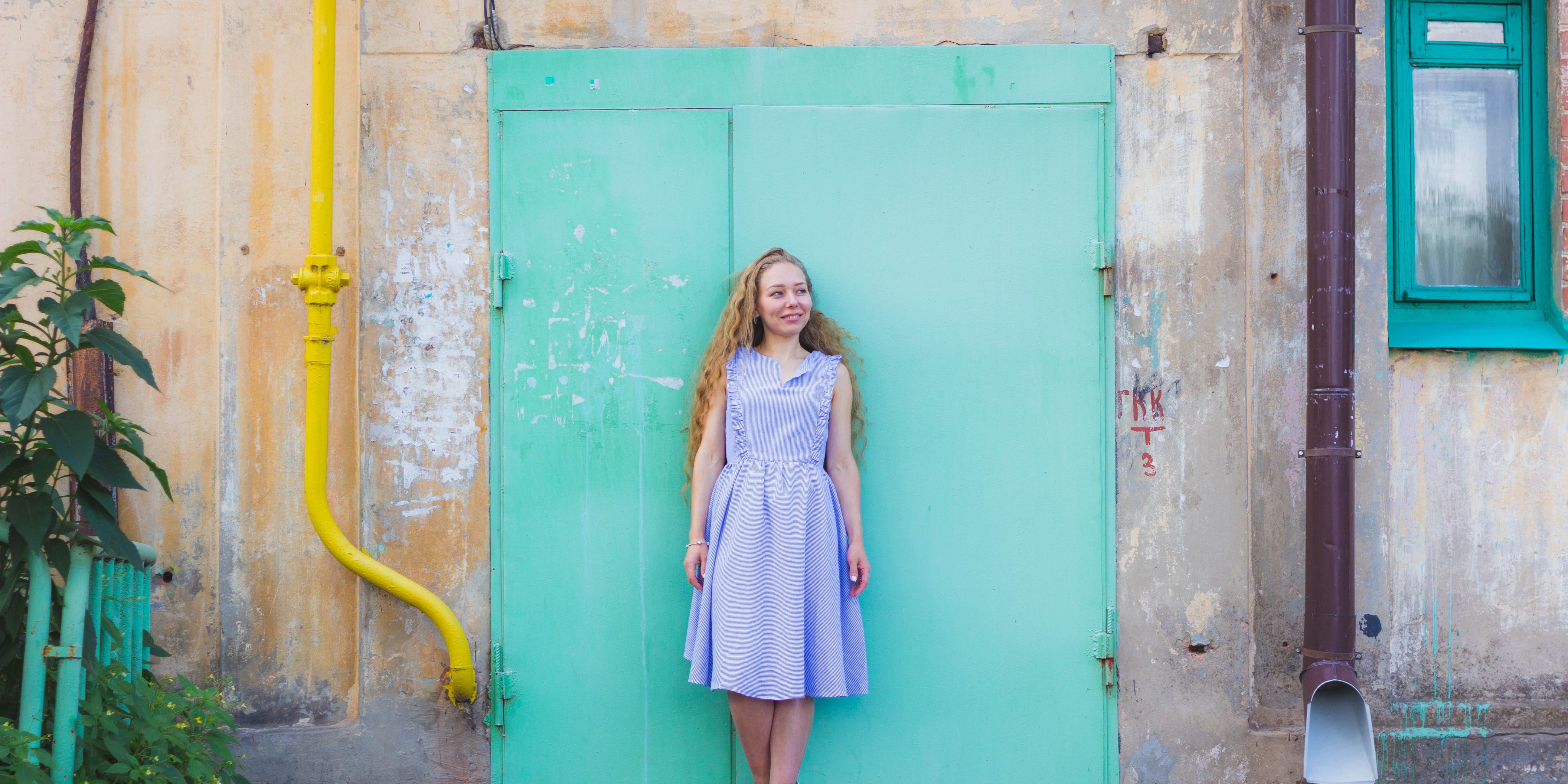 These gorgeous designer gowns are made by blind dressmakers

When fashion designer Tish Cox decided to grow her business, she found a factory where blind sewers create garments with impeccable craftsmanship.

Elaina Tillinghast, a 54-year-old seamstress, spends her days in a Dallas clothing factory sewing blouses and gowns for Tish Cox, an up-and-coming American designer who counts Zac Posen and André Leon Talley among her fans. The clothes are made from luxurious, brightly colored silks and are full of unexpected flourishes, like billowy sleeves and ruffles. Tillinghast’s sense of the Cox aesthetic comes entirely through touch: She’s been blind since birth.

When Tillinghast was a child, her parents worried whether she would be able to make her own way in the world when she grew up.

“Mother thought it was her duty to make sure that I could fend for myself should I ever need to,” she tells me. “She taught me sewing, cooking, budgeting, and nearly everything else she could think of.”

Eight years ago, she landed at the Dallas Lighthouse for the Blind, an 85-year-old nonprofit devoted to training the visually impaired and getting them jobs. At the Lighthouse, Tillinghast’s creative juices flowed when given a chance to do the detailed stitching for the Tish Cox collection. “It requires a little more mental work,” she says. “You’re not doing the same thing for the next three hours.”

Tillinghast uses her fingers to measure exactly how wide a hem might need to be: Does it need to be a quarter or half of a finger nail wide? It has taken years for her to fine-tune these skills, starting from her childhood when her mother taught her how to sew by hand. Over time, however, sewing has become second nature.

Tish Cox started working with the Lighthouse a year ago. She was looking for a new factory so she could expand her production. The idea of a blind dressmaker seemed like an impossible concept. Sight seemed crucial to the process of sewing clothing, especially complicated designer pieces that sell for $500 or more. But Cox saw the light—so to speak—when she visited Lighthouse’s facility.

It was an elaborate military belt created for soldiers to carry around tools on projects that convinced Tish Cox to make her clothes at the Lighthouse. “Every single piece was perfect,” she says. “The belts had a lot of parts to them and involved a lot of detail, but they were sewed perfectly.”

Tillinghast was there from day one. After a three-month course sponsored by the Lighthouse, her days have been filled with making Tish Cox dresses. Right at the start, there were hiccups, as the team struggled to understand how to use the brand-new technology. But after a few weeks, they were churning out beautifully crafted, impeccable garments that would appear in high-end stores and be worn by women attending fancy events.