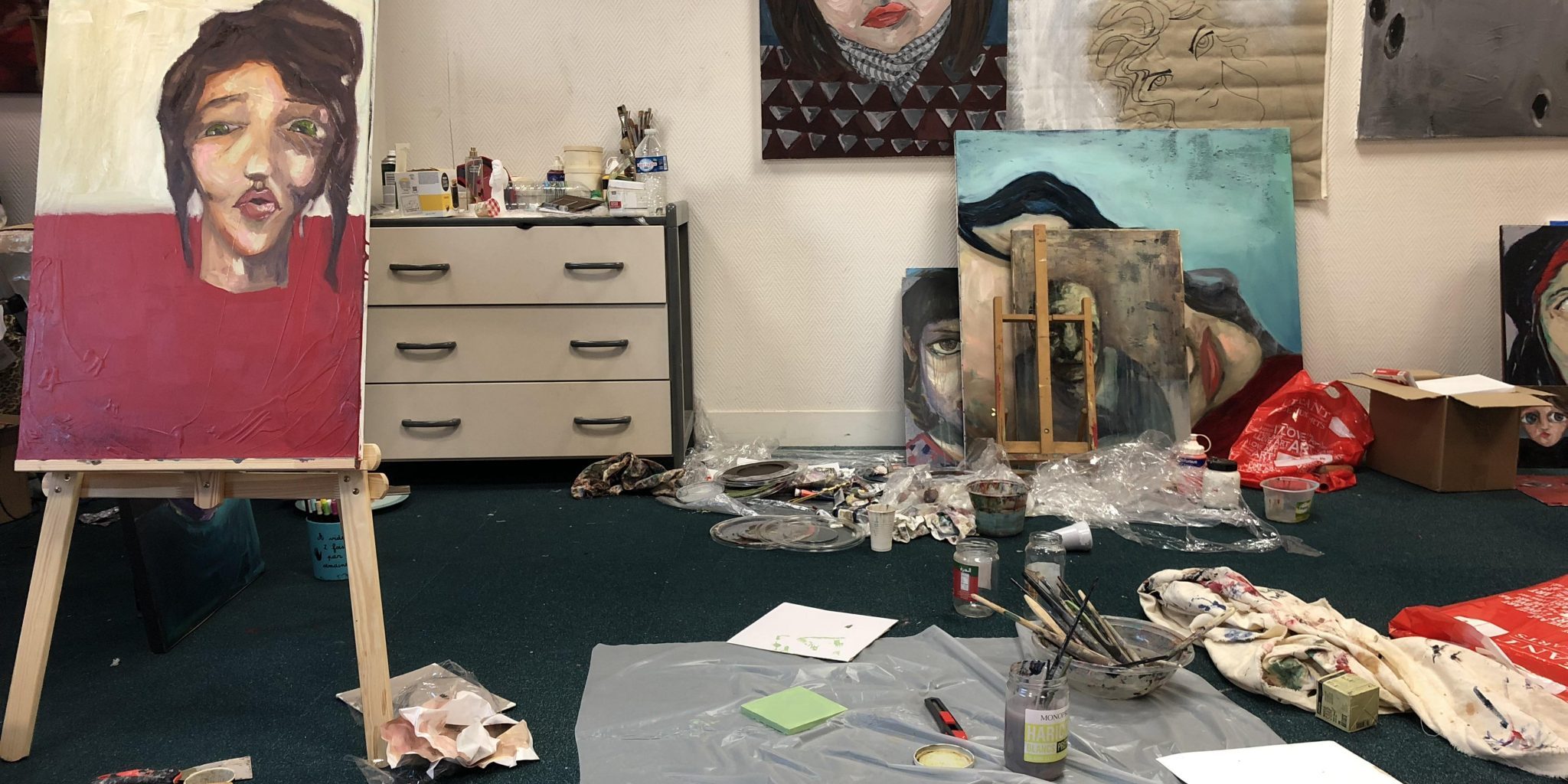 “You never knew what could happen. You could get arrested, get killed,” says Lina Aljijakli 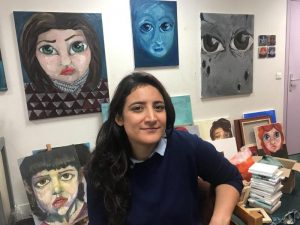 A large studio in Paris’ 18th arrondissement has become a dedicated workspace for some 150 exiled artists from countries such as Afghanistan, Democratic Republic of Congo and Iran. It has provided Aljijakli with a sanctuary from where she can express her emotions on canvas. One of her works on display in the former royal palace shows faces of women and children outlined against a blue background. The painting represents the suffering of Syrian women imprisoned and separated from their children, she says, of women hurt by aerial bombardments and of women who make the perilous sea-crossing in search of safety.

Judith Depaule, who runs the atelier, sees the artists as the latest chapter in the artistic history of a city that gave rise to Impressionism, Art Nouveau and Cubism, and is synonymous with artists from Picasso and Van Gogh to Hemingway and Beckett.

“So it’s about time that tradition is renewed,” Depaule said. “Art and French culture have a lot to learn from this melting pot, from this contribution from other cultures.”

Another artist is Syrian filmmaker Mohammad Hijazi. Aged 29, he applauded the opportunity Paris has provided. But he wants to be known for more than just his portrayal of war.

“My hope is … to tell the world that we are able to produce good work. And not simply because we have a war or a revolt or a conflict or fighting.”