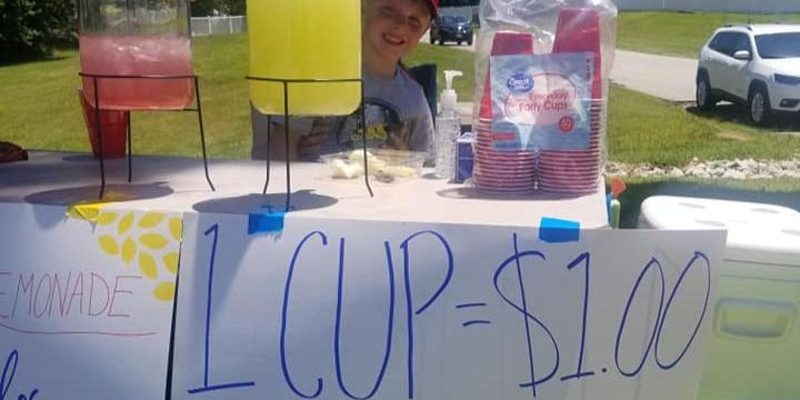 This lemonade stand is a huge success

At just 5 years old, Cooper Wallweber raised over $3,000 to help a firefighter who was shot.

An evening that turns into drama

On June 22, 2020, Arlydia Bufford was shot in the head while dining with colleagues. The firefighting team was out enjoying the end of paramedic training at a restaurant in Saint-Louis. Bufford has been a firefighter for six months and is also training to become a paramedic.

A gunman entered the restaurant and opened fire on three people.

“He was having dinner inside, then he went out, took a gun, came back and fired,” said Lt. Mark Fantroy.

One woman was killed and two others sustained life-threatening injuries. The perpetrator, Courtney Demond Washington was arrested and charged with intentional manslaughter.

His colleagues present Bufford as a resourceful and courageous person. “She worked as a full-time waitress […] And she had no health insurance,” says Fantroy. His entourage mobilized and raised funds to help cover the firefighter’s heavy medical costs and the young Wallweber played an important role in it.

What started as a way to pay for new shoes has turned into an act of kindness. Cooper opened a lemonade stand for good reason. He had got his shoes dirty and wanted to buy a new pair. But as he sets to work, the story of young Arlydia Bufford comes to the ears of the young boy. 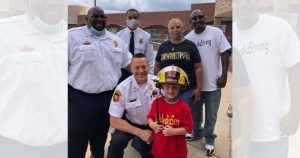 Cooper’s family immediately felt a connection with her. She attended the same high school as Cooper’s parents and played the same sport as her sister, softball. Cooper saw fit to donate the proceeds from the lemonade stand to Bufford.

“She was supposed to go to college on a softball scholarship, but she chose to be a firefighter,” her mother, Rebecca Bufford, told CNN. “She goes all out in everything she does. “