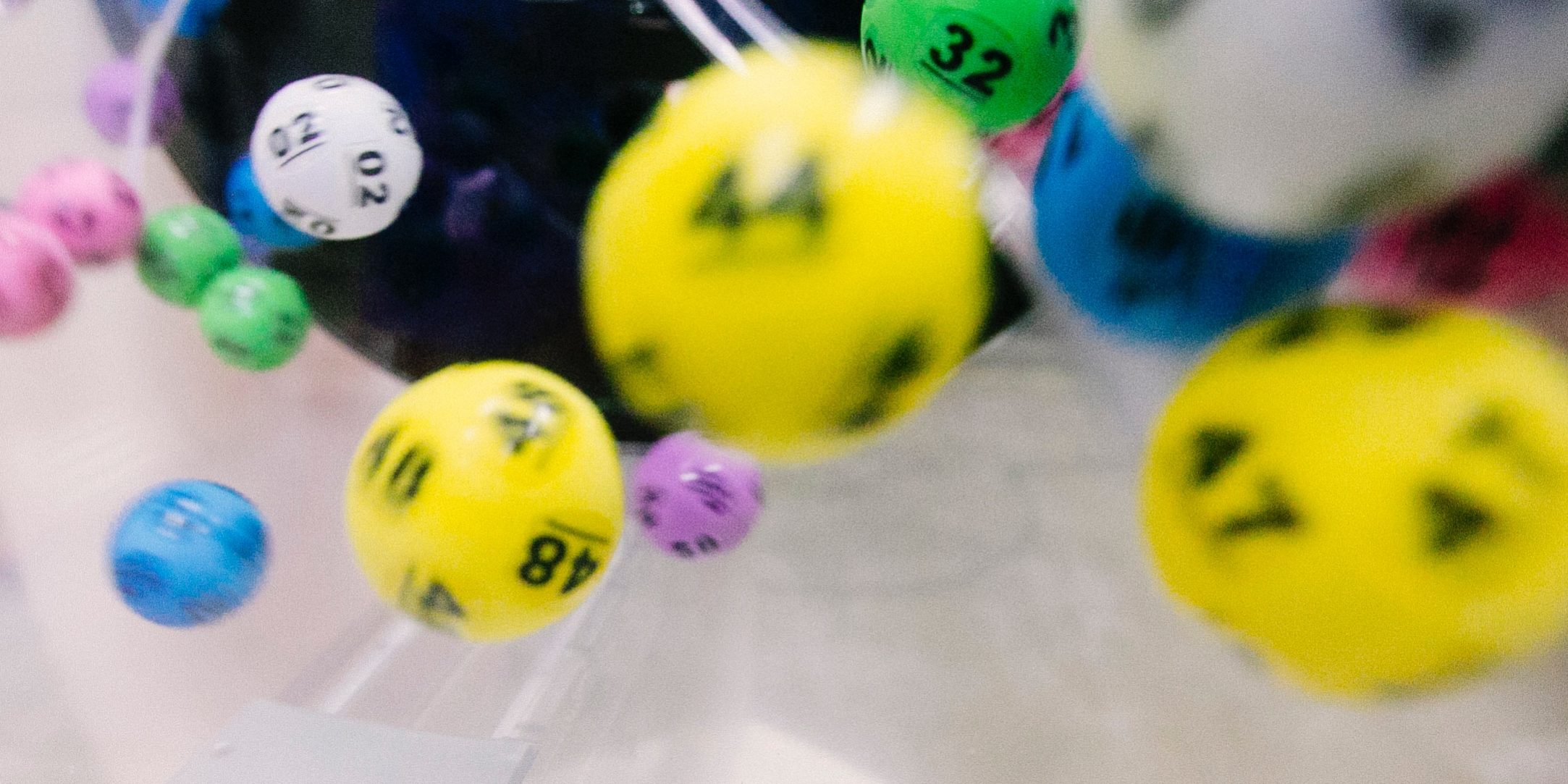 A Canadian woman has won a global teaching prize worth $1 million US for her work in Salluit, an Inuit community in northern Quebec.

​Maggie MacDonnell, who grew up in Nova Scotia, beat out 20,000 other nominees for the 2017 Global Teaching Prize, which has become one of the most-coveted and high-profile awards for teaching excellence.

The prize, awarded annually by the Dubai-based Varkey Foundation, was established three years ago to “underline the importance of educators worldwide.”

The foundation said in a statement MacDonnell has “made an outstanding contribution to the lives of her students and everyone in Salluit.” 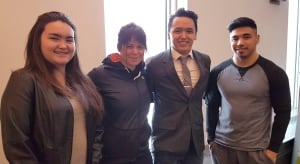 Her approach focused on emphasizing “acts of kindness,” such as running a community kitchen and attending suicide prevention training.

Salluit, which has a population of 1,450, is so remote that it’s accessible only by air. The tiny village witnessed six suicides in 2015, all affecting young males between the ages of 18 and 25.

“The memory that continues to haunt me is when I see these Canadian teenagers, their very own classmates of the deceased, literally digging the grave,” MacDonnell said.

“I didn’t know until I came to Salluit that that was a Canadian reality.”

Dubai ruler Sheikh Mohammed bin Rashid Al Maktoum was on hand to present the prize to MacDonnell, who made the trip for the award ceremony with several of her former students.

Her name was announced by French astronaut Thomas Pesquet in a video message from the International Space Station.

As a teacher, MacDonnell helped set up a fitness centre, a community kitchen and a second-hand store that benefited not only her students but also the general population, the organization said. 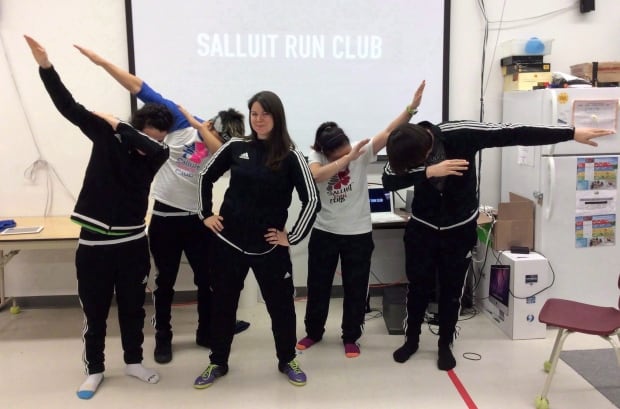 Maggie MacDonnell is seen here with some of her students, with whom she set up a fitness club. (Handout/Canadian Press)

She had earlier told CBC News she plans to use the prize money to help “reawaken a love for the land” among Inuit youth with an environmental stewardship project.

She wants to create a kayak program so Inuit can access the land more easily and affordably, in an effort to counter some of the effects of colonialism.

In a statement, the local school board said it was “delighted” by MacDonnell’s win, saying it stands “not only as a recognition of her work at Ikusik School, Salluit, but also as an acknowledgement of the essential work performed by all teachers.”

MacDonnell is currently on a leave of absence from her teaching position while she takes a job at the Kativik School Board for several months, managing a budget of about $500,000 to promote healthy living in all 14 Nunavik communities.