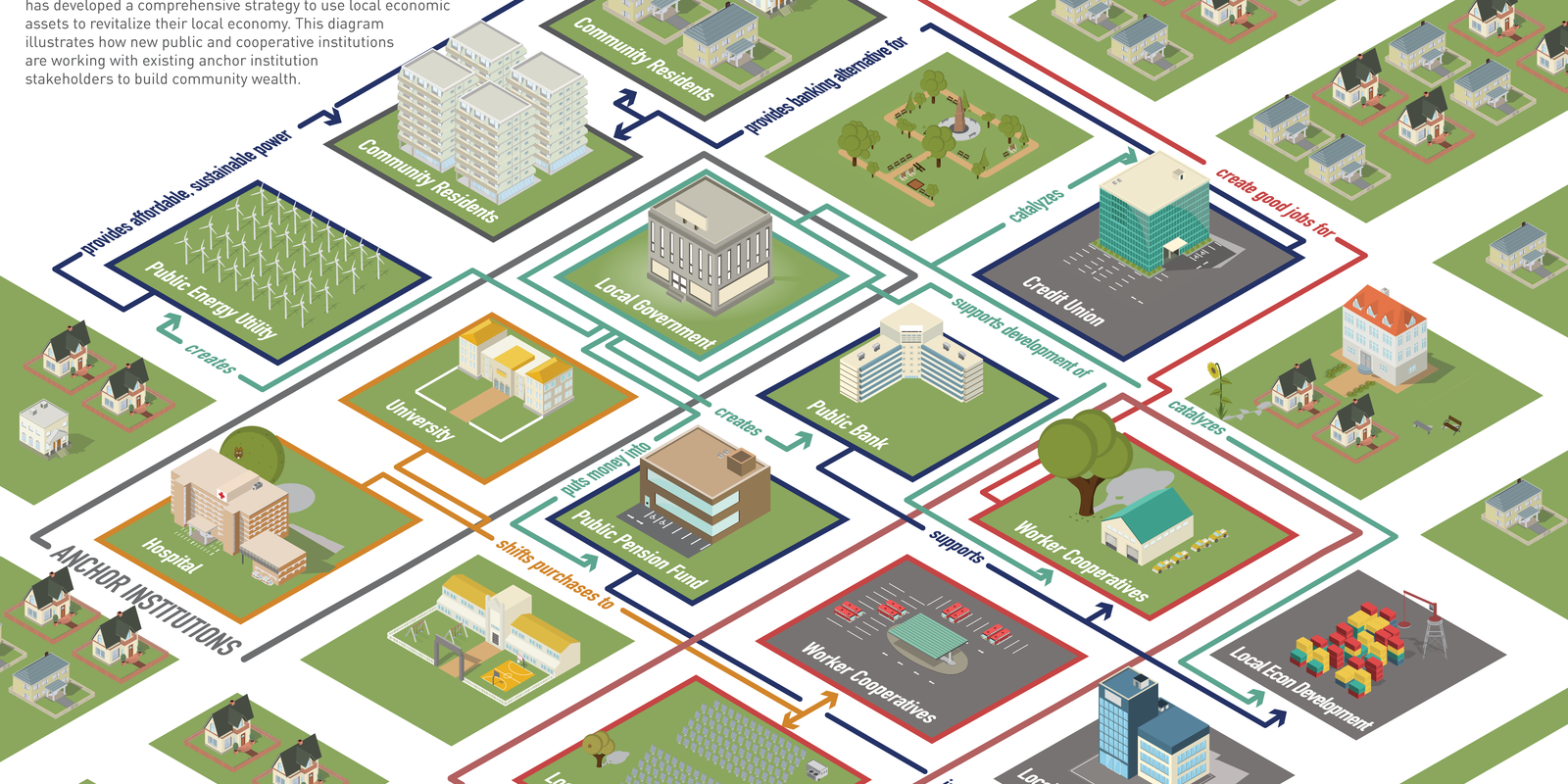 The “Preston Model”: the economy for the citizens

In 2013, Preston in the United Kingdom will begin a major shift in the municipal economy. Since then, the city has returned to employment and well-being.

Preston is a town of 141,000 inhabitants near Manchester. In 2011, City Councillor Matthew Brown deplores the damage caused to medium-sized towns by the 2008 crisis and the national austerity policies that followed. Urban renewal projects have been abandoned, budgets cut, the number of civil servants reduced. As a result, these medium-sized municipalities no longer attract external investment, poverty is soaring, suicides are on the rise.

Above all, Matthew Brown finds that most of the activities are of little benefit to the local economy, but rather to London or foreign companies. This is why he calls for help from CLES (Center for Local Economic Strategies). This national organization identifies the city’s most important institutions. Between the six of them, they had a combined annual purchasing power of £750 million. However, of the £20 they spent, only one remained in Preston.

The CLES did not come out of the ground alone. It was inspired by experiences in Cleveland, USA. The municipal strategy there is to prevent local financial resources from “escaping” to outside companies and shareholders. Second, to develop local economic activities by taking advantage of purchases and investments by public institutions (hospitals, universities, administrations, etc.). 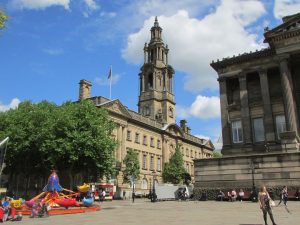 At Preston, Brown first raised the salaries of city employees. In addition to relying on public markets as in Cleveland, local firms supplying public institutions became employee cooperatives. The profits generated thus go directly to the workers in the community rather than to outside investors. Besides, a community bank is being created. 100 million has already been invested in a local investment fund. Finally, new environmental and social standards are being imposed for all companies wishing to benefit from public contracts.

The Preston model is already a success. In 2018, it was named the UK’s “most improved” city in the Good Growth for Cities Index. The poverty rate is falling, markets have reopened with local producers. Logically, Brown was elected Chairman of Preston City Council in 2018.

As a result, more and more cities around the world are taking an interest in this approach. CLES has presented its concepts to more than 40 city councils in the UK. Elsewhere, Pamplona (Spain), Kavala (Greece), Bistrita (Romania), and Koszalin (Poland) are conducting in-depth studies of their cities’ spending to move towards a public procurement economy. The Labour Party has set up a unit dedicated to integrating CLES principles into its program. In any case, the popularity of the “Preston model” reminds us that the role of politicians is first and foremost to ensure the well-being of their citizens.

Cover illustration: The Next System Project

Coronavirus : This french brand distributes its’ benefits
09/08/2020
Go to Top