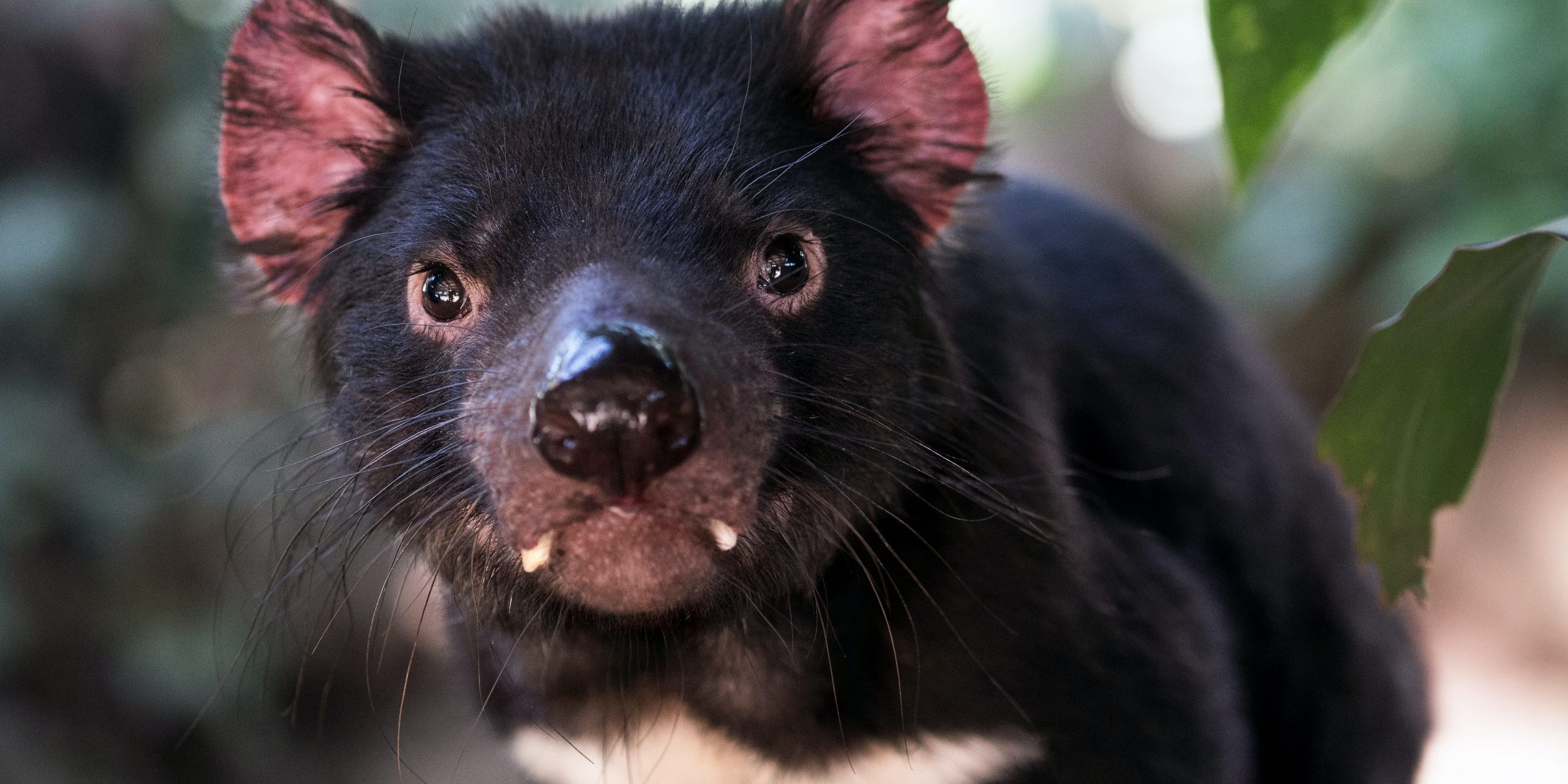 The return of the Tasmanian devils

In order to prevent the Tasmanian devils from disappearing from the planet, a program has developed to prevent their extinction.  After residing only on the island of Tasmania, the species has recently been reintroduced to Australia’s mainland for the first time in 3000 years.

The extinction of the species

The Tasmanian devil is in danger of extinction. This species disappeared from mainland Australia three thousand years ago, decimated by dingoes, Australia’s wild dogs. In Tasmania, 85% of the devils have disappeared due to deforestation, vehicle impacts, and a contagious facial cancer. The disease is transmitted very quickly, leaving only 25,000 of the 150,000 that existed in 1996.

A protection program for the Tasmanian devils was set up in 1996 by three organizations. The Aussie Ark association collaborates with the Global Wildlife Conservation and Wild Ark. These environmental associations have created a “reserve population” of 390 devils within Aussie Ark. There, they are bred in order to develop natural behaviors so they can later be released back into the wild. The program also contributes to the restoration of the environment to its pre-European colonization state. The #DevilComeback conservation program took its first step in July and September of 2020. Twenty-six devils were released in a 400-hectare sanctuary north of Sydney where researchers regularly monitor and analyze their behaviour. The sanctuary also shelters the Tasmanian devils from danger so they that they can reproduce and create a “self-sufficient wild population” (Aussie Ark).

Managing the Tasmanian devil population is also an environmental challenge. These predators attack wild cats, foxes as well as the animals responsible for half of the cases of mammal extinctions in Australia. They also affect the environment by eating carrion, which helps to reduce disease. President of Aussie Ark, Tim Faulkner, is enthusiastic about the scope of the project: “100 years from now, we will look back on this day as the day that set in motion the ecological restoration of an entire country”. Over the next few years, Aussie Ark also looks into reintroducing other species into the wild. The same process will be carried out for the marsupial cat, the peramelid, and the petrogale.