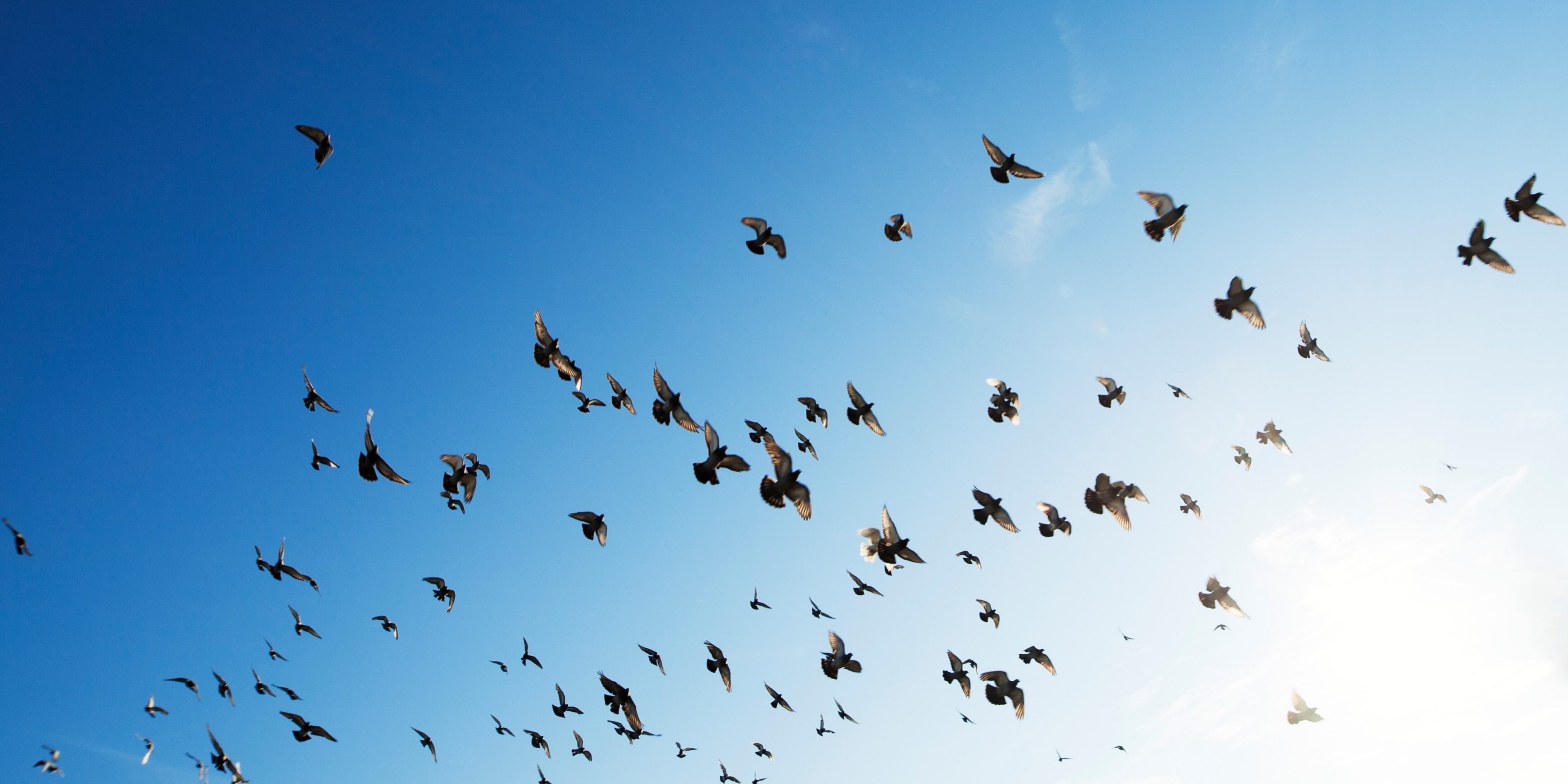 Wildlife-friendly gardening causes ‘boom’ in bird sightings in the UK

Nearly 500,000 people from across the UK took part in the RSPB’s Big Garden Birdwatch in January, and this week, the results were announced.

This year’s watchers, which included some 73,000 schoolchildren, recorded sightings of more than 8m birds. The citizen survey uncovered a significant increase in sightings of common, native birds, and an increase in unusual species of migratory birds such as fieldfare, redwing, and brambling. Organizers have suggested that plummeting temperatures on the continent caused more birds to flock to the UK’s milder conditions.

The UK also experienced an “explosion” of sightings of Scandinavian waxwings, which were seen in around 11 times more gardens in 2017 compared to the last couple of years. The bird, with its distinctive silky plume, will normally only journey to the UK winter once every seven or eight years when berry crops in Scandinavia fail.

Since last year’s survey, sightings of all but four of the 20 most common Big Garden Birdwatch species increased. The number of sightings of robins is at its highest for 20 years.

The most commonly spotted species was the house sparrow. The starling was second, spotted in half of the British gardens (up 10 percent inv2016) and blackbirds ranked third. Blackbirds were recorded in more than 93 percent of UK gardens but, being more commonly solitary birds, average numbers in each sighting were slightly lower than starlings.

“The sight of a robin or blackbird perched on the garden fence is often one of the first experiences we have with nature,” said Dr Daniel Hayhow, an RSPB conservation scientist.”So to have more than half a million people taking part and counting a bumper 8m birds across one weekend is amazing. Using the information from the weekend, we’ll be able to create a snapshot of how our garden birds are doing.”

Despite the encouraging news, this year’s survey also recorded decreases in numbers of blue tits, great tits, and coal tits. Sightings of all were down by 10 percent compared to 2016. Conservationists suggest that last year’s wetter weather made it more difficult to feed young birds, resulting in fewer chicks from these species surviving the winter.

And the wider picture when it comes to avian diversity in the UK is less positive. There has been a serious, countrywide, decline in the numbers of many birds in recent years, including species such as the song thrush, skylark, lapwing and house sparrow.

The RSPB said that this year’s increased sightings and the diversity of avian species visiting the UK were linked closely to an increase in wildlife-friendly gardening. These types of gardens, with planting and habitats designed to benefit a wide variety of species, are fast becoming “an invaluable resource for our most common British garden birds,” said an RSPB spokesperson.

“Throughout the year birds need food, water and a safe place to shelter,” explained Tim Webb, an officer for the charity. “If we all provide these things in our outdoor spaces it will be a huge help to our garden birds, perhaps even playing a role in reversing some declines.

“We’re increasingly seeing rural birds in gardens and urban settings such as goldfinches. Our theory is that this behavior change is because they are finding it easier to find food and shelter in gardens.”