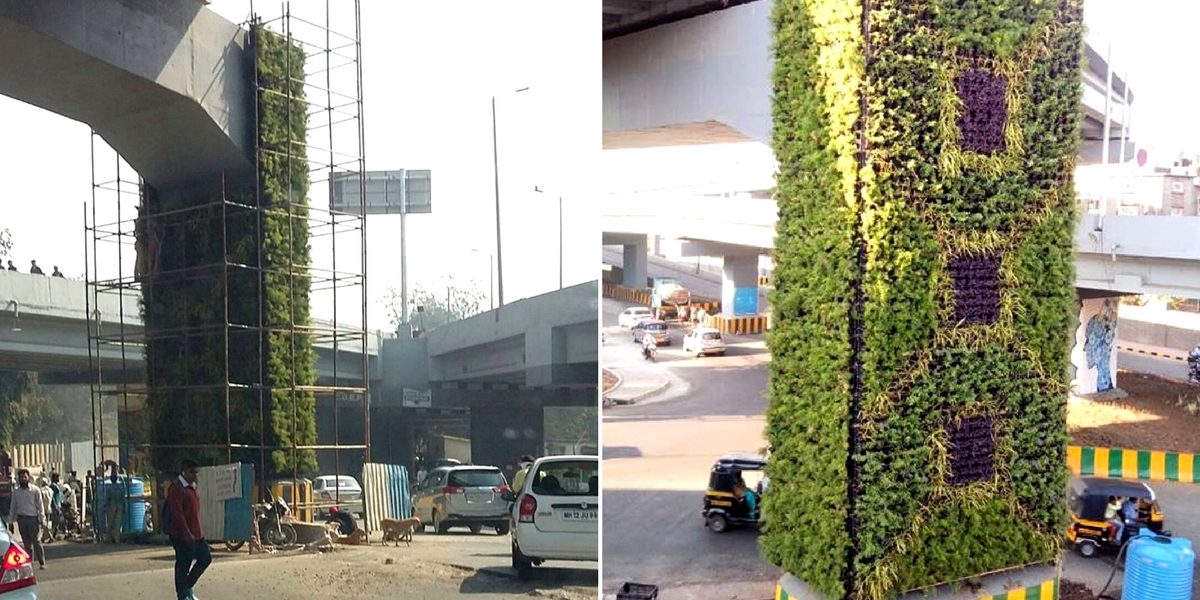 The quality of the air in India has been making headlines for years. Delhi, the capital, was once named as one of the most polluted cities in the world by the World Health Organization. What if subways could help greening cities?

This is what the city of Pune, in India, is trying to do by introducing its new subway into town. First of all, the subway will reduce a little the problem of the traffic in the city where more than 3 million people currently live. Second of all, the subway authorities have put plans in place to make it green. The pillars will have vertical gardens, which will serve a dual purpose:

According the World Health Organization, in the top 20 of the most polluted cities, 9 of them are cities in India. PM (Particulate Matter) 2.5 refers to fine particles (2.5 micrometres or smaller in diameter), which are produced by combustion, including motor vehicles, power plants, forest fires, and some industrial processes. Still according to the report, some cities in India have a PM that goes from 113 to 176. Way over the “fine” limit.

According to a study by the Health Effects Institute, in 2015, over a million deaths could be attributed to air pollution in India the same study says 25% of the total deaths linked to air pollution around the globe. India’s air pollution problem has steadily worsened over the past 25 years, as its economy has grown.

This is not the first time that such initiatives appear in the country. In the city of Nagpur, where more than 2 million people live, some subway are already equipped with gardens. Trials were conclusive so they are planning on expanding it to other cities in the future.