The Lebanese explosion that occurred last year, continues to arouse international emotion, including that of the Lebanese diaspora. Far from remaining motionless, the latter are assisting from a distance.

A Lebanese in crisis

The Lebanese population struggles to recover in a country plagued by multiple crises. Since October 2019, Lebanon has been facing an socioeconomic crisis. While the unemployment rate exceeds 30% (Infopro report, July 2020), prices and protests are rising.  The global coronavirus pandemic, followed by explosions in the port of Beirut, have pushed the country into a catastrophic situation. The food crisis is major in this part of the Middle East where 45% of the population is poor (source: World Bank).

Unable to leave their country and their loved ones in such a situation, the Lebanese from all over the world has taken action to help. The country has a very strong diaspora of 15.4 million people, many of whom have mobilized. Help has come through various initiatives. These initiatives have brought together Lebanese organizations, thousands of volunteers, and contributors. Organizations have set up community kitchens, meal distributions, deliveries, but also cash donations.

“It’s time to work hand in hand to find solutions for our community,” says Rabih Nachabé, co-founder of Wehed. 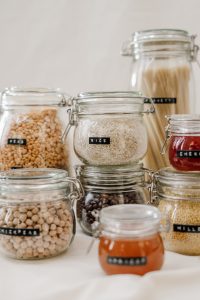 The aid is vital as some organizations such as Matbakh elBalad or FoodBlessed feed nearly 500 families per month and distribute 1000 meals per day. Since the explosion, Matbakh elBalad has been distributing meals to volunteers who clean up the rubble and to people who no longer have housing. In addition to the material aid, the expatriates plan to help their relatives by raising funds. Some of them focus on Beirut, such as the 2020 Emergency Fund for Beirut. Expatriates are also setting up projects to help the entire nation of Lebanon, including the north which suffers from food shortages. This is the case of Wehed, which raises awareness of the Lebanese crisis via the internet and channels contributions. Donations are so numerous that the Lebanese Embassy has created a crisis unit to centralize donations. Lebanon is fortunate to be able to count on the help of its diaspora, which retains a strong emotional bond with the country.