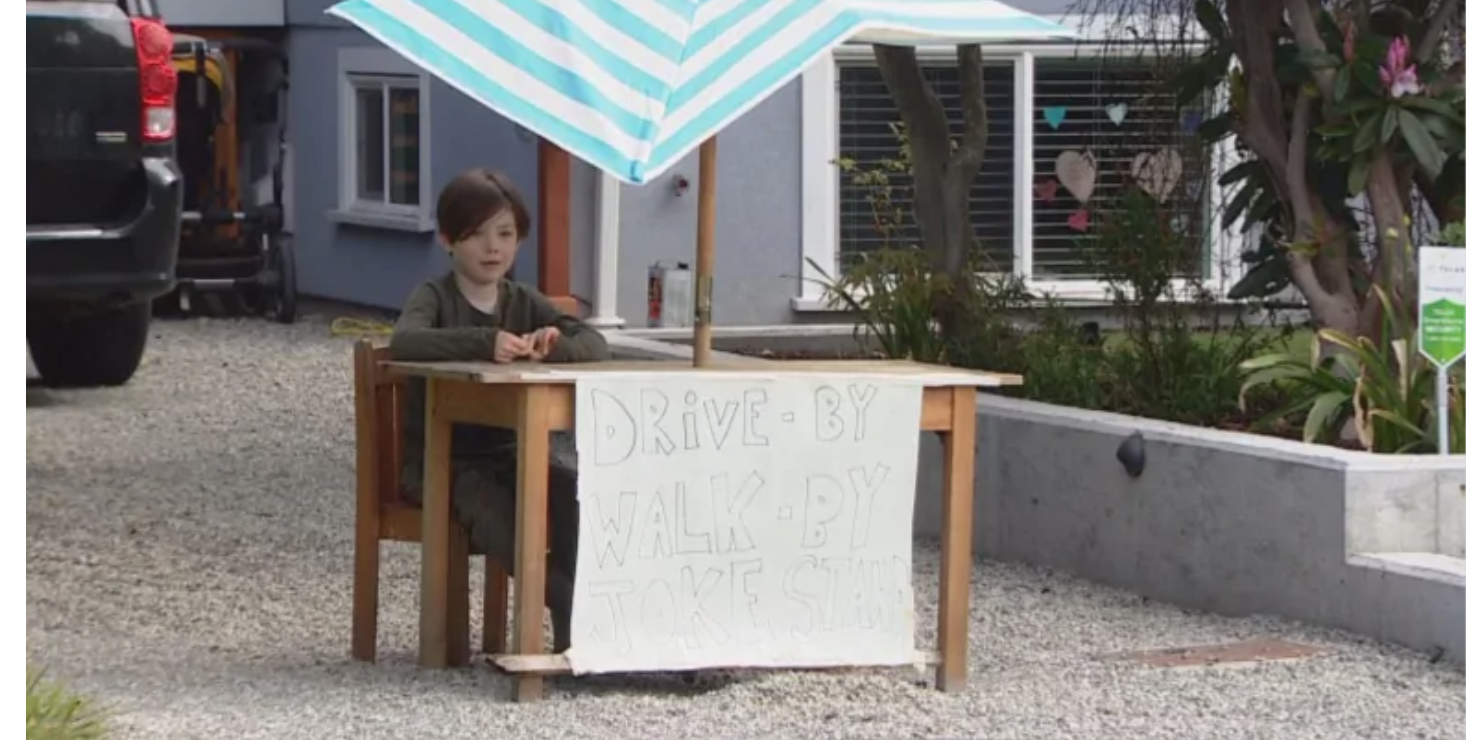 A young comedian finds a creative way to maintain social distancing while creating laughter. The British Columbian boy has made an effort to brighten his neighbor’s mood by telling jokes everyday from his driveway.

In an effort to bring joy to others, 6-year old Callaghan McLaughlin tunes into his comedic side to tell a few jokes. Although, maintaining social distancing guidelines, the young boy is able to fulfill his interest. With the help of his mother Kelsea McLaughlin the young boy opened the stand on April 14, allowing neighbors, and passerby’s to participate. His school principal even stopped by to engage in a few jokes.

His mother Kelsea McLaughlin states, “We sent a plea out on social media to come and stop by….I knew that he would feel more successful if he got a few familiar faces.”

Smiling Faces in the neighborhood

With the word getting out, Mclaughlin set out to make a positive impact in his community by delivering his favorite jokes that he memorized from the book, “Laugh Out Loud Jokes for Kids.”

Due to the pandemic, stores and businesses have been shut down, forcing people to stay at home, as well as work from home. The young boy and his parents worked together to put up the stand and have been receiving positive thoughts even recognition from famous celebrities, such as Ryan Reynolds on Twitter. Reynolds tweets “Hero”, from his personal account in response to the young boy’s ideas, and craft. 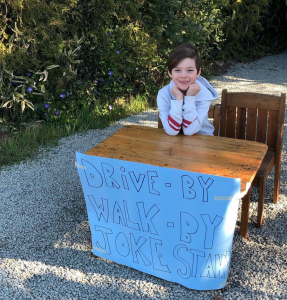 One of his favorite jokes that he includes in his act is ” What does a rain cloud wear under its coat?” he asked one of his participants. They pause, and he blurts out “Thunderwear!” Most of his neighbors are elderly, and he is usually greeting with a smile or “honk” from cars passing by.

“He knows there is a pandemic and that people are getting sick and are scared…He knows that many people don’t have jobs right now and he knows that means they don’t have money to spend on extras,” says mother Kelsea.

Opening his stand every day promptly at 9:30, he engages with his fans for about an hour, until it is time for his lunch break, and usually wraps up around 2:30 in the afternoon.