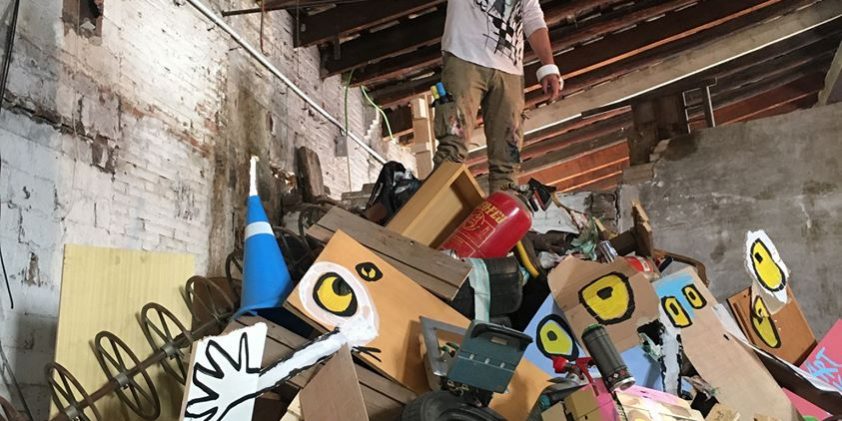 This artist turns waste into works of art

This Spanish artist is called Francisco de Pajaro. But he is better known as his alter ego, “Art is Trash.”

He paints in his studio in Barcelona, ​​but Art is Trash also paints in the streets. He devotes himself to what we call street art.

This artist uses waste thrown by people in the streets of the city to draw inspiration and express himself.

He generally proceeds as follows: he finds garbage in the streets, paints directly on it and leaves after having signed his creations with his brand name. It’s a way for him to express himself transparently.

He uses all kinds of objects like old mattresses, furniture, boxes and trash bags to create original works. He paints in all types of neighbourhoods. In affluent neighbourhoods as well as in marginalized neighbourhoods.

It is a way for him to challenge those who do not care and who ignore social problems and differences, although he claims to be apolitical.

Art is Trash creates art from all things that society considers disgusting.

He has been painting since 2009, since the social economic crisis in Spain. Being a precarious worker, he used art to express his feelings about the crisis.

“Art is Trash gives a voice to anyone who can not scream. Against the negative things we face.”

He operates mainly in Barcelona, ​​but has already painted in other cities such as: Madrid, Valencia, Berlin, Ibiza, Palma de Mallorca, and even London and New York.

Here are some of his creations: 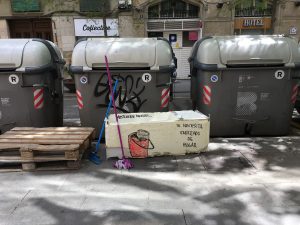 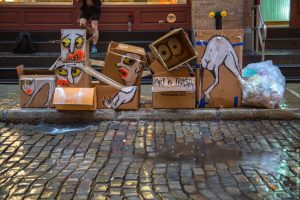 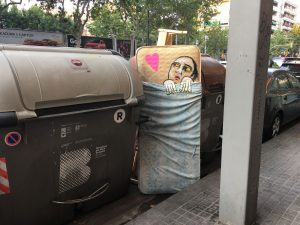 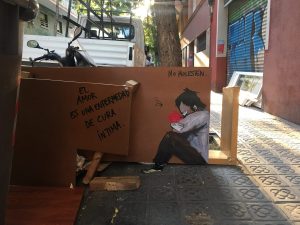 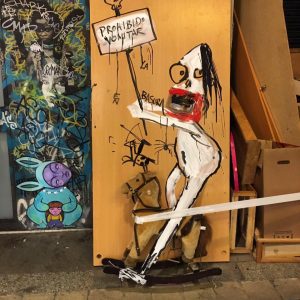 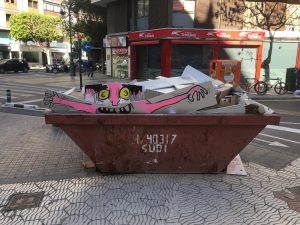 Translated from French by OXO